Even clients with minimal movement can utilize the NeuroNode Trilogy with the use of lead wire adapters. The wires attach to the facial muscles to receive an EMG signal activating the device. Many ALS users eventually lose control of their movements, and with even the slightest signal the NeuroNode can be used with a communication device.

To utilize this option, the electrodes on the bottom of the NeuroNode are attached to small wires that can be placed on facial muscles. NeuroNode amplifies and interprets the users’ signal, then sends it to the Control Bionics communication device. This option has been available to users for some time and many users choose to control their device this way.

To determine the best placement for facial sensors, the SLP should look for muscle movement in the eyebrow, cheek, or tongue, for example. These movements will trigger the EMG signal and activate the device. SLPs may identify some potential sites and our Control Bionics consultants will work with them to ensure the best placement for reliable activation for that client.

The NeuroNode, activated by EMG, works in conjunction with eye gaze technology. The user can move the mouse around with their eyes, and use the facial movement to activate the NeuroNode to make a selection. This results in faster communication for the user compared to eye gaze alone.

The NeuroNode Trilogy is flexible, and is able to be used with scanning alone if eye gaze becomes too fatiguing. Users with ALS can access the device with different methods throughout the day based on their abilities.

Vinnie was diagnosed with ALS in September 2015, right before he turned 32 years old. In April 2018, he had to be intubated and received a tracheotomy.

While in the hospital, the ALS Association brought him an eye gaze-only speech generating device. Unfortunately, Vinnie was unable to use it. It was hard to focus his eyes, so he sent it back. For the next year or so, his family relied on reading his lips & using the alphabet board for communication.

His mom Diane saw the NeuroNode on Facebook. She reached out to her local Control Bionics representative, Tricia, and immediately got the ball rolling. It did take some time to get the insurance to approve the NeuroNode, but the team at Control Bionics did not give up.

By this time, Vinnie was completely bedridden and the only muscles that he had control of were his facial muscles. The team at Control Bionics worked with him to attach the lead wires for the NeuroNode on his facial muscles so he was able to activate the switch.

He describes the NeuroNode as his lifeline and uses it to communicate all day. Sometimes, Diane told us jokingly, she even threatens to unplug it.

Our devices can be funded in the US through Medicare, Medicaid, private insurance, and the VA. All systems that come with the NeuroNode have the ability to use lead wire adapters for facial control. If you have questions about our devices or facial control, contact us. 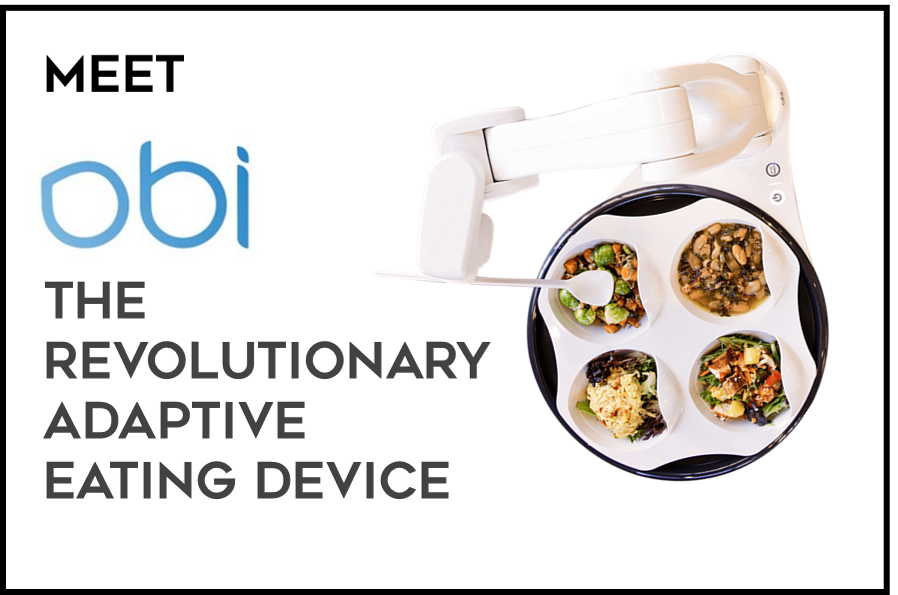 Introducing the Obi Dining Robot. Created for individuals with upper extremity strength and mobility challenges, Obi is a simple and easy to use adaptive eating device that provides users with the ability to control what they eat and when. 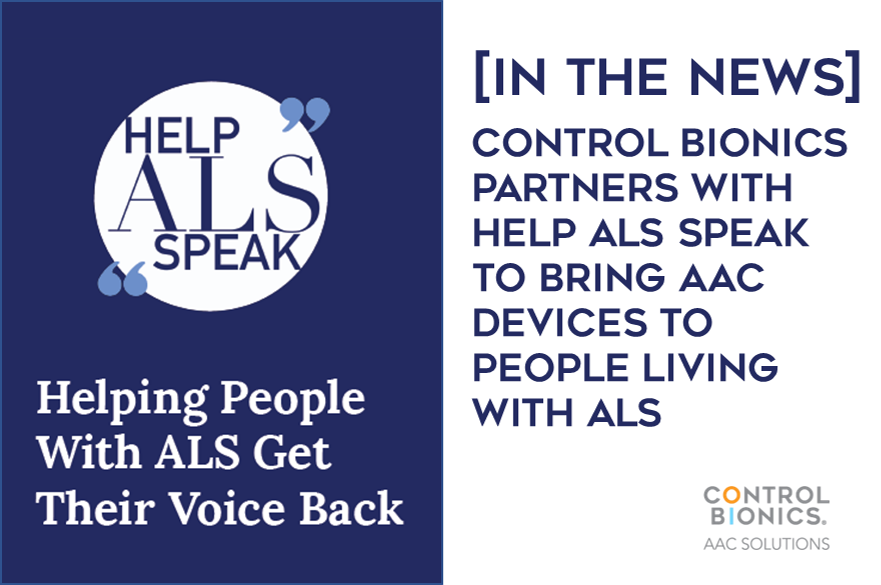